You can watch a film of a dancer like Buster Brown, turn the volume off, and still nearly hear the beats. It's music for the deaf. Yet tap also makes movement audible. Close your eyes and you can almost see weight shifting. 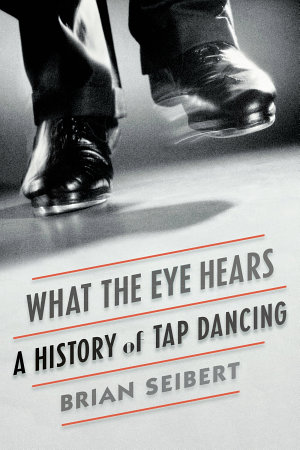 Magisterial, revelatory, and-most suitably-entertaining, What the Eye Hears offers an authoritative account of the great American art of tap dancing. Brian Seibert, a dance critic for The New York Times, begins by exploring tap's origins as a hybrid of the jig and clog dancing from the British Isles and dances brought from Africa by slaves. He tracks tap's transfer to the stage through blackface minstrelsy and charts its growth as a cousin to jazz in the vaudeville circuits and nightclubs of the early twentieth century. Seibert chronicles tap's spread to ubiquity on Broadway and in Hollywood, analyzes its decline after World War II, and celebrates its rediscovery and reinvention by new generations of American and international performers. In the process, we discover how the history of tap dancing is central to any meaningful account of American popular culture. This is a story with a huge cast of characters, from Master Juba (it was probably a performance of his in a Five Points cellar that Charles Dickens described in American Notes for General Circulation) through Bill Robinson and Shirley Temple, Fred Astaire and Ginger Rogers, and Gene Kelly and Paul Draper to Gregory Hines and Savion Glover. Seibert traces the stylistic development of tap through individual practitioners, vividly depicting dancers both well remembered and now obscure. And he illuminates the cultural exchange between blacks and whites over centuries, the interplay of imitation and theft, as well as the moving story of African-Americans in show business, wielding enormous influence as they grapple with the pain and pride of a complicated legacy.What the Eye Hears teaches us to see and hear the entire history of tap in its every step. 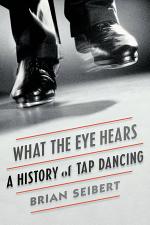 What the Eye Hears

Authors: Brian Seibert
Categories: Performing Arts
Magisterial, revelatory, and-most suitably-entertaining, What the Eye Hears offers an authoritative account of the great American art of tap dancing. Brian Seibert, a dance critic for The New York Times, begins by exploring tap's origins as a hybrid of the jig and clog dancing from the British Isles and dances 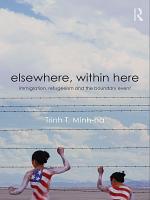 Authors: Trinh T. Minh-ha
Categories: Social Science
Winner of the 2012 Critics Choice Book Award of the American Educational Studies Association (AESA) World-renowned filmmaker and feminist, postcolonial thinker Trinh T. Minh-ha is one of the most powerful and articulate voices in both independent filmmaking and cultural politics. Elsewhere, Within Here is an engaging look at travel across
Language: en
Pages: 446

What the Eye Hears, what the Ear Sees 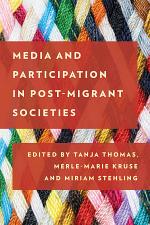 Media and Participation in Post-Migrant Societies

Authors: Tanja Thomas, Merle‐Marie Kruse, Miriam Stehling
Categories: Social Science
Media and Participation in Post‐Migrant Societies addresses an important shortcoming in the research on participation in media cultures by introducing a special focus on post-migrant conditions to the discussion – both as conceptual refinements and as empirical studies. 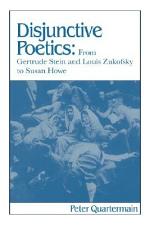 Authors: Peter Quartermain, Associate Professor of English Ross Posnock
Categories: Literary Criticism
Disjunctive Poetics examines some of the experimental contemporary writers, including Stein and Zukofsky, whose work forms a counterpoint to the mainstream writing of our time. Peter Quartermain suggests that the explosion of such modern writing is linked to the severe political, social, and economic dislocation of non-English-speaking immigrants who arriving