National Bestseller NPR Best Book of the Year “Not all superheroes wear capes, and Elizebeth Smith Friedman should be the subject of a future Wonder Woman movie.” —The New York Times Joining the ranks of Hidden Figures and In the ... 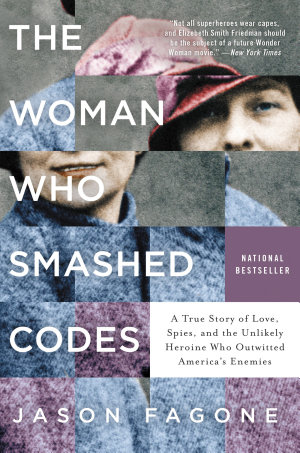 National Bestseller NPR Best Book of the Year “Not all superheroes wear capes, and Elizebeth Smith Friedman should be the subject of a future Wonder Woman movie.” —The New York Times Joining the ranks of Hidden Figures and In the Garden of Beasts, the incredible true story of the greatest codebreaking duo that ever lived, an American woman and her husband who invented the modern science of cryptology together and used it to confront the evils of their time, solving puzzles that unmasked Nazi spies and helped win World War II. In 1916, at the height of World War I, brilliant Shakespeare expert Elizebeth Smith went to work for an eccentric tycoon on his estate outside Chicago. The tycoon had close ties to the U.S. government, and he soon asked Elizebeth to apply her language skills to an exciting new venture: code-breaking. There she met the man who would become her husband, groundbreaking cryptologist William Friedman. Though she and Friedman are in many ways the "Adam and Eve" of the NSA, Elizebeth’s story, incredibly, has never been told. In The Woman Who Smashed Codes, Jason Fagone chronicles the life of this extraordinary woman, who played an integral role in our nation’s history for forty years. After World War I, Smith used her talents to catch gangsters and smugglers during Prohibition, then accepted a covert mission to discover and expose Nazi spy rings that were spreading like wildfire across South America, advancing ever closer to the United States. As World War II raged, Elizebeth fought a highly classified battle of wits against Hitler’s Reich, cracking multiple versions of the Enigma machine used by German spies. Meanwhile, inside an Army vault in Washington, William worked furiously to break Purple, the Japanese version of Enigma—and eventually succeeded, at a terrible cost to his personal life. Fagone unveils America’s code-breaking history through the prism of Smith’s life, bringing into focus the unforgettable events and colorful personalities that would help shape modern intelligence. Blending the lively pace and compelling detail that are the hallmarks of Erik Larson’s bestsellers with the atmosphere and intensity of The Imitation Game, The Woman Who Smashed Codes is page-turning popular history at its finest. 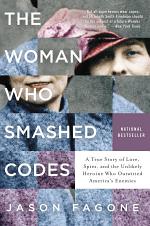 The Woman Who Smashed Codes

Authors: Jason Fagone
Categories: History
National Bestseller NPR Best Book of the Year “Not all superheroes wear capes, and Elizebeth Smith Friedman should be the subject of a future Wonder Woman movie.” —The New York Times Joining the ranks of Hidden Figures and In the Garden of Beasts, the incredible true story of the greatest 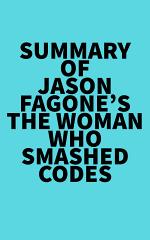 Summary of Jason Fagone's The Woman Who Smashed Codes

Authors: Milkyway Media
Categories: Political Science
Please note: This is a companion version & not the original book. Book Preview: #1 Elizebeth was interviewed by the NSA in 1976, and she kept referring to the events of Riverbank Laboratories as if they were still recent. She explained that she was the last person who might remember 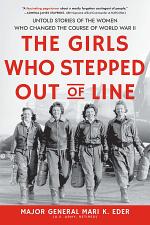 The Girls Who Stepped Out of Line

Authors: Mari K. Eder
Categories: History
For fans of Radium Girls and history and WWII buffs, The Girls Who Stepped Out of Line takes you inside the lives and experiences of 15 unknown women heroes from the Greatest Generation, the women who served, fought, struggled, and made things happen during WWII—in and out of uniform, for 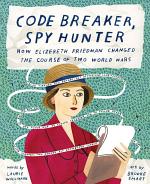 Authors: Laurie Wallmark
Categories: Juvenile Nonfiction
Decode the story of Elizebeth Friedman, the cryptologist who took down gangsters and Nazi spies In this picture book biography, young readers will learn all about Elizebeth Friedman (1892–1980), a brilliant American code breaker who smashed Nazi spy rings, took down gangsters, and created the CIA's first cryptology unit. Her 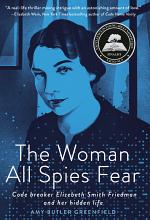 The Woman All Spies Fear

Authors: Amy Butler Greenfield
Categories: Young Adult Nonfiction
An inspiring true story, perfect for fans of Hidden Figures, about an American woman who pioneered codebreaking in WWI and WWII but was only recently recognized for her extraordinary contributions. Elizebeth Smith Friedman had a rare talent for spotting patterns and solving puzzles. These skills led her to become one