Τ Ε Ν The Three - Legged Horse The bus ride from Taipei to the village where Lai Kuo - lin lived took three hours . He had been a classmate of mine at the technical college . Recently , at our class reunion , we had seen each other for ... 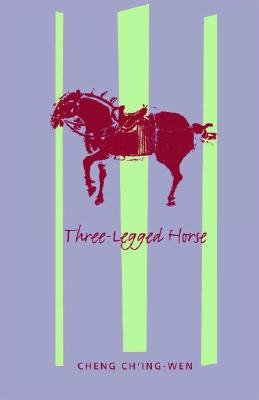 Here are twelve moving short stories about Taiwan and its people by one of the island's most popular writers, Cheng Ch'ing-wen. Focusing primarily on village life and the effects of modernization on Taiwan in the postwar years, Cheng is one of the most respected of the island's "nativist" writers, yet this is his first book to be translated into English. This anthology represents the best of his fictional efforts across a forty-year span and encompasses his major themes: the tensions between men and women, parents and children, city and village, tradition and modernity. Taken individually, each story presents a moving portrait of paralysis, frustration, or self-realization. Together, they weave a complex tapestry of life in a rapidly changing country. Cheng Ch'ing-wen's stories tell of men grappling with their fears and frustrations, from "The River Suite," in which a ferryman-championed throughout his small town for twice saving a drowning person-lacks the courage to confess his love to a young woman before she dies, to "Spring Rain," in which a man struggles to come to terms with his seemingly rootless life as both an orphaned child and an infertile husband. Here too are illustrations of the changing place of women in Taiwan, as they take on more powerful roles and awaken to a sense of their own sexuality: a woman forcibly separated from her husband by her jealous mother-in-law walks for hours through the night to see him on his birthday, only to turn back and go straight home before her absence is noticed; a disappointed young female scholar with a deformed hand comes to realize--after many painful rejections--that loneliness is not reason enough to become intimate with a man. And generations clash in "Thunder God's Gonna Getcha," as a mother's cruelty is repaid years later by a son's coldness. Death reverberates throughout these stories as characters recall deceased spouses, lovers, relatives, and friends in vivid detail. The focus, however, is not on the dead but on the living. In the title story, an old man carves exquisite lame horses as both a penance for having terrorized a town as a police officer during the Japanese occupation of Taiwan in World War II and a memorial to his deceased wife, who was nobler and more courageous than he. This book is a kind of gallery of three-legged horses: portraits of people maimed and transformed-for better or worse-by the suffering that life brings. 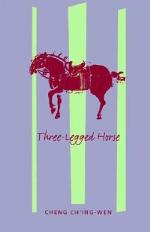 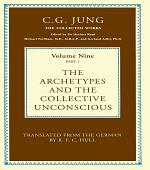 The Archetypes and the Collective Unconscious

Authors: C.G. Jung
Categories: Psychology
The concept of 'Archteypes' and the hypothesis of 'A Collective Unconscious' are two of Jung's better known and most exciting ideas. In this volume - taken from the Collected Works and appearing in paperback for the first time - Jung describes and elaborates the two concepts. Three essays establish the 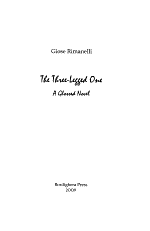 Authors: Giose Rimanelli
Categories: Fiction
Fiction. "This new novel completes what will inevitably be called the Anabasis Trilogy, and removes any doubt of Rimanelli's place in American literature"--Fred L. Gardaph, from the Introduction. "Giose Rimanelli is one of those remarkable writers who, like Joseph Conrad, have turned from their first language to English...."--Anthony Burgess, Times 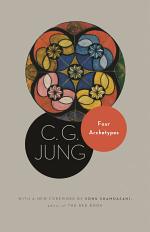 Authors: C. G. Jung
Categories: Psychology
One of Jung's most influential ideas has been his view, presented here, that primordial images, or archetypes, dwell deep within the unconscious of every human being. The essays in this volume gather together Jung's most important statements on the archetypes, beginning with the introduction of the concept in "Archetypes and 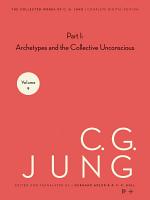 Authors: C. G. Jung
Categories: Psychology
Essays which state the fundamentals of Jung's psychological system: "On the Psychology of the Unconscious" and "The Relations Between the Ego and the Unconscious," with their original versions in an appendix.