" This project takes its title from that callous dismissal. It asks readers to confront the erasure resulting from the daily bombardment by the Trump administration: What do we remember? What have become inured to?

"On inauguration day January 20, 2017, artist Richard Kraft began issuing Donald Trump colored cards, just as a soccer referee penalizes players who transgress the rules and code of conduct. For four years, Kraft scoured the news and Trump's Twitter feed every day, notating and assigning each of Trump's transgressions a colored penalty card (at first, yellow and red, as in soccer--and then Kraft devised magenta, purple, and crimson for ever-escalating offenses). Kraft issued almost 10,000 cards to Trump, half of them in 2020. In this set of five artist's books, totaling over 1600 pages, the every-mutating, accumulating grids of colored cards reveal the frequency, chronology, and intensity of Trump's transgressions. They also become an almost hyperopic landscape--evoking musical notation, abstract painting, the processing of digital information, or geologic strata. In a variation of John Cage's chance operations, the composition of the colored grids is essentially Trump-determined: the arrangement of the cards reflects the order in which Trump's transgressions came to the artist's attention. This irony reflects Kraft's intention to turn toxicity into beauty while never looking away from the ugliness: each individual card also denotes a specific offense, misdeed, violation, or crime. The textual annotations, totaling over 500,000 words, are color-coded to correspond with the card they describe, written in as neutrally as possible. These annotations are a shocking chronicle, a kind of minute-by-minute, day-to-day account. At the end of each volume is an index that reorganizes the penalty cards by broad subject and date as a different means to identify, name, and bear witness to the assaults and causalities of Trump and his administration. When asked about COVID-19's staggering daily death toll by journalist Jonathan Swan, Trump replied: "It is what it is." This project takes its title from that callous dismissal. It asks readers to confront the erasure resulting from the daily bombardment by the Trump administration: What do we remember? What have become inured to? What shocks us out of our complacency, our fatigue? How does memory shape our experience of what seemed impossible four years ago? How do we remain vigilant as Trump's lies not only persist past his presidency but also inspire insidious new laws that will disenfranchise voters across the country? A marriage of outrage with absurdity, vigilance with futility, "It Is What It Is": All the Cards Issued to Donald Trump originates in the artist's refusal to normalize the Trump presidency. It is a daily reckoning, a bulwark against forgetting, a durational work of art, and an epic visual and notational account of Trump's ignominious four years in office."--

Richard Kraft: It Is What It Is

"It is what it is 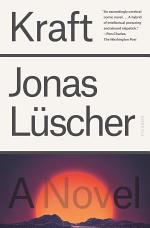 Authors: Jonas Lüscher
Categories: Fiction
Jonas Lüscher, the author of Barbarian Spring—“a most humorous and convincing satire of the ridiculous excesses of those responsible for the financial crisis” (The New York Times Book Review)—returns to the topic of neoliberal arrogance in his Swiss Book Prize-winning, hilarious, and wicked novel about a man facing the ruins 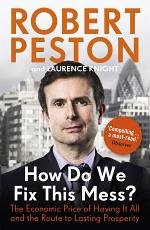 How Do We Fix This Mess? The Economic Price of Having it all, and the Route to Lasting Prosperity

Authors: Robert Peston
Categories: Business & Economics
'Robert Peston's compelling account of global financial meltdown is a must-read.' Observer What can we learn from the 2008 recession? ITV's political editor explains the global economic mess and how to escape it - in his characteristically straightforward way. 'How do we fix this mess? I don't know. But don't 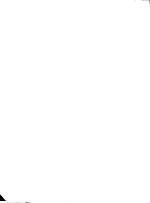