The Impossible Mission steamy military thriller series starring the Alpha male Jenkins brothers! Jacki Delecki. A NOTE TO MY READERS Dear reader, Thank you for reading Mission Impossible to Protect! I hope you enjoyed it. 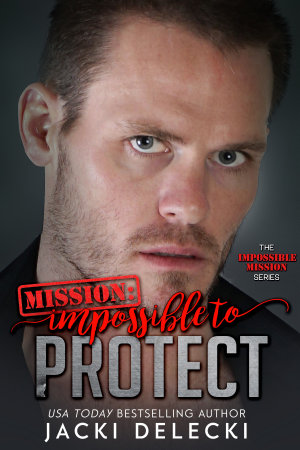 Lars Jenkins is the Spec Ops Marine who rescued Danni Knorr when she was kidnapped. In the months that have passed since then, he can’t get her out of his head. While she’s hot as hell, she is trouble with a capital T. The woman attracts danger like a magnet—a sexy magnet, which is why Lars stays away from her. He was hurt once and won’t allow it to happen again. But when a friend calls in a favor, Lars finds himself helping Danni once more and the chemistry between them is more explosive than ever. Working as a top-secret biochemist, Danni Knorr was kidnapped and almost killed by terrorists who wanted her research. After narrowly escaping with her life, she vowed never to be a victim again. To confront her fears, Danni becomes the kind of woman no one dare mess with, learning martial arts and firearms. She’s traded in her lab coat for a holster, working as a kickass personal bodyguard for a famous rock star. But she’s in way over her head when she stumbles onto drug cartel business—business that could get her killed. Stuck together again, the two decide maybe mixing pleasure with business isn’t the worst thing that could happen. The worst thing would be getting killed by the drug cartel hunting them. Mission: Impossible to Protect is a standalone romance in USA Today bestselling author Jacki Delecki’s heart-racing, pulse-pounding Impossible Mission military romantic suspense series featuring Special Forces operatives and the strong women who love them. Don’t miss a single exhilarating adventure into danger and passion. Mission: Impossible to Resist Mission: Impossible to Surrender Mission: Impossible to Love Mission: Impossible to Forget Mission: Impossible to Wed Mission: Impossible to Protect Each steamy, action-packed standalone romance in the Impossible Mission series delivers a hellaciously stubborn, hot as blazes, alpha male military hero brought to his knees by a fierce, strong, independent woman. Only together can they complete their impossible mission. “A plot that moved at lightning speed with twists, danger, a [email protected] heroine, an Alpha warrior and a drug cartel kept me riveted as I turned the pages. I'm already excited to read the next one.” —JoAn, Goodreads “5-Stars. Another fast paced, action packed story in this wonderful series. Danni is a witty and feisty character that challenges Lars to step up his game to win her affections.” —Suzette, Goodreads “An awesome story filled with suspense, trust issues, and romance.” —T. Reitnauer, Goodreads 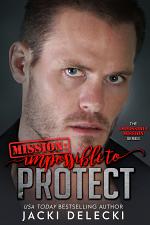 Authors: Jacki Delecki
Categories: Fiction
Lars Jenkins is the Spec Ops Marine who rescued Danni Knorr when she was kidnapped. In the months that have passed since then, he can’t get her out of his head. While she’s hot as hell, she is trouble with a capital T. The woman attracts danger like a magnet—a 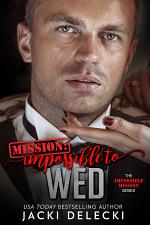 Authors: Jacki Delecki
Categories: Fiction
Gabe Griffin, the best man to his multimillionaire scientist brother Gavin, would rather return to the field as an elite Delta Force soldier than think about marriage—especially between his brother and some self-absorbed, status-seeking woman like Tiffany. But the task of delivering the dress and the designer has fallen into 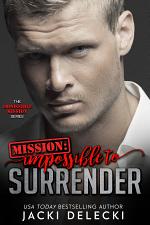 Authors: Jacki Delecki
Categories: Fiction
What started out as a childhood friendship grew into an attraction that would have meant nothing but trouble for strait-laced Finn Jenkins and Sophie Dean, a daddy’s girl who liked to party with rock stars. When Finn returns home to Seattle after two tours of duty as a Navy SEAL, 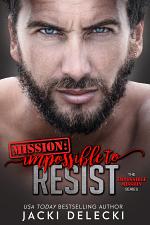 Authors: Jacki Delecki
Categories: Fiction
Delta Operator Aiden Foster was more than willing to do a favor for his buddy, but why did it have to be guarding a spoiled debutante? Aiden has zero interest in babysitting a rich girl for a week, but when he meets the reserved scientist, his opinion does an about-face. 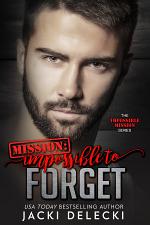 Authors: Jacki Delecki
Categories: Fiction
Former Special-Ops Marine Nick Jenkins is out of a job and out of patience. Discharged from the Corp because of hearing loss, the last thing he wants to do is babysit someone who’s surrounded by the haunting sounds of music he can no longer appreciate. Professional cellist Emily Hewitt loves