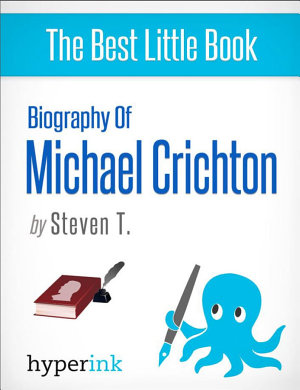 ABOUT THE BOOK "I am certain there is too much certainty in the world." Michael Crichton Born on October 23, 1942, John Michael Crichton was raised in Long Island, New York. His parents John Henderson Crichton and Zula Miller Crichton also gave birth to two girls, Kimberley and Catherine Crichton, and one boy, Douglas. His father was a journalist. His mother regularly took the kids to the museum, theatres and movies. Crichton has cited his parents' wide-ranging interests for sparking his own. Crichton was a sickly child, staying indoors for much of his childhood. This home stay combined with his early growth spurt often left him feeling shy and isolated from other children. He would often spend his time indoors playing with model train sets and practicing simple science experiments. He developed an early interest in writing, publishing an article about travel in the New York Times at the age of 14. In 1960 he enrolled in Harvard College to study English Literature. After receiving his professors constant criticism about his writing style, he switched majors to Biological Anthropology. Crichton developed a habit of responding badly to criticisms, often walking away from projects if rewrites were requested and criticizing the person responsible. This habit stayed with him through his career. After his professors criticism of one particular essay, he plagiarised an essay originally written by George Orwell and handed it in. The essay received a B-minus. EXCERPT FROM THE BOOK Michael Crichton's first novel called Odds On was published under the pseudonym John Lange in 1966. In 1969, his novel A Case In Need won a Mystery Writers of America Edgar Allan Poe Award under the pseudonym Jeffery Hudson, and he followed this with his first best-seller The Andromeda Strain. Crichton wrote quickly, often churning out 10,000 words a day. In these periods of writing he would lock himself away and eat the same meal for lunch every day, which he believed aided his concentration. For example, during the writing of Jurassic Park, Crichton ate egg salad sandwiches with extra pepper every day. During these intensely focused periods, Crichton would be capable of releasing three novels a year. In 1970, he published Drug of Choice, Dealing and Grave Descend. In 1972, he published Terminal Man and Binary. Binary became a TV movie called Pursuit, which was Crichtons directorial debut. Buy a copy to keep reading! CHAPTER OUTLINE Biography of Michael Crichton + Introduction + Crichton’s Accomplishments + Personal Life + Michael Crichton Quick Facts + ...and much more 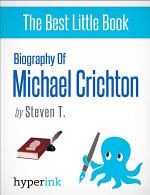 Authors: Steven T.
Categories: Biography & Autobiography
ABOUT THE BOOK "I am certain there is too much certainty in the world." Michael Crichton Born on October 23, 1942, John Michael Crichton was raised in Long Island, New York. His parents John Henderson Crichton and Zula Miller Crichton also gave birth to two girls, Kimberley and Catherine Crichton, 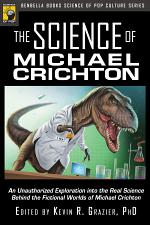 The Science of Michael Crichton

Authors: Kevin R. Grazier
Categories: Social Science
Wherever the cutting edge of science goes, Michael Crichton is there. From dinosaur cloning to global warming, nanotechnology to time travel, animal behavior to human genetics, Crichton always takes us to the cutting edge of science and then pushes the envelope. The Science of Michael Crichton examines the amazing inventions 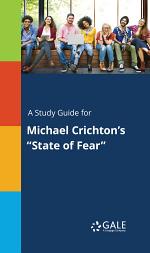 A Study Guide for Michael Crichton's "State of Fear" 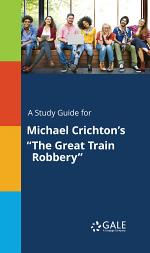 A Study Guide for Michael Crichton's "The Great Train Robbery" 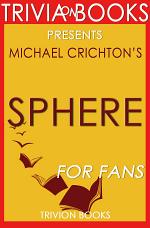 Authors: Trivion Books
Categories: Study Aids
Trivia-on-Book: Sphere by Michael Crichton Take the challenge yourself and share it with friends and family for a time of fun! Sphere is a sci-fi/psychological thriller novel written by Michael Crichton, the multi-awarded author of Jurassic Park. Sphere tells the story of a group of scientists who find themselves examining