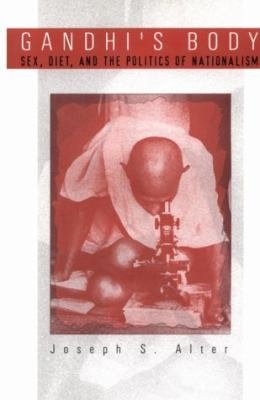 No single person is more directly associated with India and India's struggle for independence than Mahatma Gandhi. His name has equally become synonymous with the highest principles of global equality, human dignity, and freedom. Joseph Alter argues, however, that Gandhi has not been completely understood by biographers and political scholars, and in Gandhi's Body he undertakes a reevaluation of the Mahatma's life and thought. In his revisionist and iconoclastic approach, Alter moves away from the usual focus on nonviolence, peace, and social reform and takes seriously what most scholars who have studied Gandhi tend to ignore: Gandhi's preoccupation with sex, his obsession with diet reform, and his vehement advocacy for naturopathy. Alter concludes that a distinction cannot be made between Gandhi's concern with health, faith in nonviolence, and his sociopolitical agenda. In this original and provocative study, Joseph Alter demonstrates that these seemingly idiosyncratic aspects of Gandhi's personal life are of central importance to understanding his politics—and not only Gandhi's politics but Indian nationalism in general. Using the Mahatma's own writings, Alter places Gandhi's bodily practices in the context of his philosophy; for example, he explores the relationship between Gandhi's fasting and his ideas about the metaphysics of emptiness and that between his celibacy and his beliefs about nonviolence. Alter also places Gandhi's ideas and practices in their national and transnational contexts. He discusses how and why nature cure became extremely popular in India during the early part of the twentieth century, tracing the influence of two German naturopaths on Gandhi's thinking and on the practice of yoga in India. More important, he argues that the reconstruction of yoga in terms of European naturopathy was brought about deliberately by a number of activists in India—of whom Gandhi was only the most visible—interested in creating a "scientific" health regimen, distinct from Western precedents, that would make the Indian people fit for self-rule. Gandhi's Body counters established arguments that Indian nationalism was either a completely indigenous Hindu-based movement or simply a derivative of Western ideals. 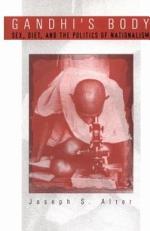 Authors: Joseph S. Alter
Categories: Biography & Autobiography
No single person is more directly associated with India and India's struggle for independence than Mahatma Gandhi. His name has equally become synonymous with the highest principles of global equality, human dignity, and freedom. Joseph Alter argues, however, that Gandhi has not been completely understood by biographers and political scholars, 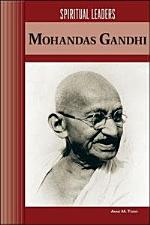 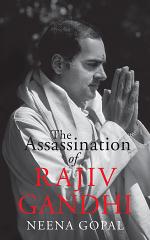 The Assassination of Rajiv Gandhi

Authors: Neena Gopal
Categories: Political Science
On 21 May 1991, journalist Neena Gopal had finished just one part of an interview with Rajiv Gandhi—the last of his life—when his car reached the election rally at Sriperumbudur. Moments later, Rajiv Gandhi was dead, blown up by suicide bomber Dhanu, irrevocably changing the course of Indian politics, as 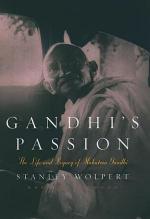 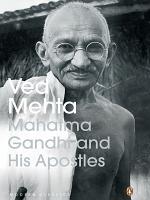 Mahatma Gandhi and His Apostles

Authors: Ved Mehta
Categories: Literary Collections
Ved Mehta’s book on Gandhi (1977) is one of the great portraits of the political leader. Travelling the world to talk to Gandhi’s family, friends and followers, drawing his daily life in exacting detail, Mehta gives us a nuanced and complex picture of the great man and brings him vividly