Edited by Gary W. Gallagher and Stephen Cushman, this volume, like its companion, Civil War Writing: New Perspectives on Iconic Texts (2019), features the voices of authors who felt compelled to convey their stories for a variety of reasons ... 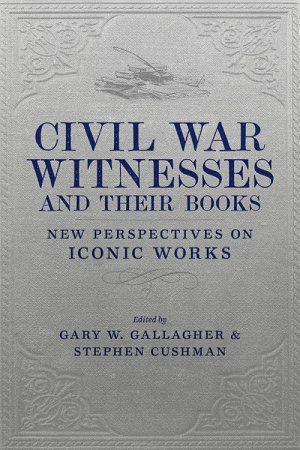 Civil War Witnesses and Their Books: New Perspectives on Iconic Works serves as a wide-ranging analysis of texts written by individuals who experienced the American Civil War. Edited by Gary W. Gallagher and Stephen Cushman, this volume, like its companion, Civil War Writing: New Perspectives on Iconic Texts (2019), features the voices of authors who felt compelled to convey their stories for a variety of reasons. Some produced works intended primarily for their peers, while others were concerned with how future generations would judge their wartime actions. One diarist penned her entries with no thought that they would later become available to the public. The essayists explore the work of five men and three women, including prominent Union and Confederate generals, the wives of a headline-seeking US cavalry commander and a Democratic judge from New York City, a member of Robert E. Lee’s staff, a Union artillerist, a matron from Richmond’s sprawling Chimborazo Hospital, and a leading abolitionist US senator. Civil War Witnesses and Their Books shows how some of those who lived through the conflict attempted to assess its importance and frame it for later generations. Their voices have particular resonance today and underscore how rival memory traditions stir passion and controversy, providing essential testimony for anyone seeking to understand the nation’s greatest trial and its aftermath. CONTENTS: “From Manassas to Appomattox: James Longstreet’s Memoir and the Limits of Confederate Reconciliation,” Elizabeth R. Varon “A Modern Sensibility in Older Garb: Henry Wilson’s Rise and Fall of the Slave Power and the Beginnings of Civil War History,” William Blair “‘The Brisk and Brilliant Matron of Chimborazo Hospital’: Phoebe Yates Pember’s Nurse Narrative,’” Sarah E. Gardner “George McClellan’s Many Turnings,” Stephen Cushman “Maria Lydig Daly: Diary of a Union Lady 1861–1865,” J. Matthew Gallman “John D. Billings’s Hardtack and Coffee: A Union Fighting Man’s Civil War,” M. Keith Harris “One Widow’s Wars: The Civil War, Reconstruction, and the West in Elizabeth Bacon Custer’s Memoirs,” Cecily N. Zander “Proximity and Numbers: Walter H. Taylor Shapes Confederate History and Memory,” Gary W. Gallagher 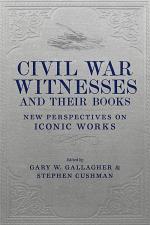 Civil War Witnesses and Their Books 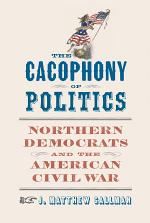 The Cacophony of Politics

Authors: J. Matthew Gallman
Categories: History
The Cacophony of Politics charts the trajectory of the Democratic Party as the party of opposition in the North during the Civil War. A comprehensive overview, this book reveals the myriad complications and contingencies of political life in the Northern states and explains the objectives of the nearly half of 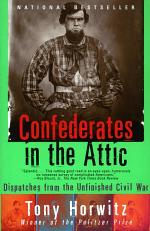 Confederates in the Attic 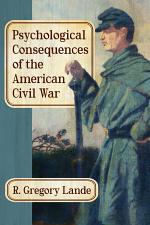 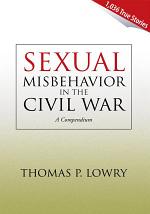 Sexual Misbehavior in the Civil War

Authors: Thomas P. Lowry
Categories: History
Over three million young men left home, shouldered rifles, and set about killing one another in the 1860s. Behind, they left wives and sweethearts. The 50,000 books about the war have told us in meticulous detail about the strategy, tactics, weapons, uniforms, canteens, famous generals, religious beliefs, personality quirks, fortifications,