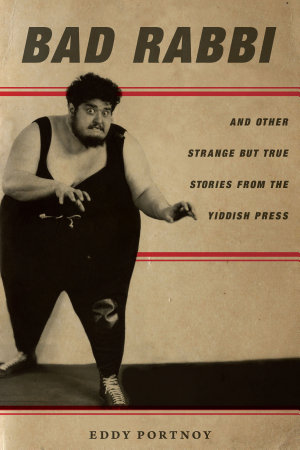 Stories abound of immigrant Jews on the outside looking in, clambering up the ladder of social mobility, successfully assimilating and integrating into their new worlds. But this book is not about the success stories. It's a paean to the bunglers, the blockheads, and the just plain weird—Jews who were flung from small, impoverished eastern European towns into the urban shtetls of New York and Warsaw, where, as they say in Yiddish, their bread landed butter side down in the dirt. These marginal Jews may have found their way into the history books far less frequently than their more socially upstanding neighbors, but there's one place you can find them in force: in the Yiddish newspapers that had their heyday from the 1880s to the 1930s. Disaster, misery, and misfortune: you will find no better chronicle of the daily ignominies of urban Jewish life than in the pages of the Yiddish press. An underground history of downwardly mobile Jews, Bad Rabbi exposes the seamy underbelly of pre-WWII New York and Warsaw, the two major centers of Yiddish culture in the late nineteenth and early twentieth centuries. With true stories plucked from the pages of the Yiddish papers, Eddy Portnoy introduces us to the drunks, thieves, murderers, wrestlers, poets, and beauty queens whose misadventures were immortalized in print. There's the Polish rabbi blackmailed by an American widow, mass brawls at weddings and funerals, a psychic who specialized in locating missing husbands, and violent gangs of Jewish mothers on the prowl—in short, not quite the Jews you'd expect. One part Isaac Bashevis Singer, one part Jerry Springer, this irreverent, unvarnished, and frequently hilarious compendium of stories provides a window into an unknown Yiddish world that was. 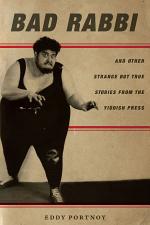 Authors: Eddy Portnoy
Categories: History
Stories abound of immigrant Jews on the outside looking in, clambering up the ladder of social mobility, successfully assimilating and integrating into their new worlds. But this book is not about the success stories. It's a paean to the bunglers, the blockheads, and the just plain weird—Jews who were flung 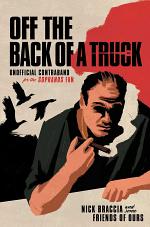 Off the Back of a Truck

Authors: Nick Braccia
Categories: Performing Arts
Unleash your inner Soprano and relive all your favorite moments with this companion guide to the award-winning television series The Sopranos. We all know and love The Sopranos, one of the most important television dramas to ever hit the small screen, having run for six seasons on HBO. The story 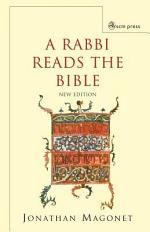 A Rabbi Reads the Bible

Authors: Jonathan Magonet
Categories: Religion
Jonathan Magonet comes to the Bible with enthusiasm, wit and infectious humour rare in Bible scholars. As a rabbi he brings the insights of two thousand years of Jewish Bible exegesis, but combines them with the critical skills of today's literary analysis of biblical texts. He draws off his own 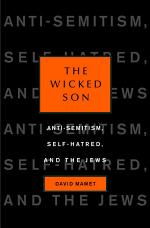 Authors: David Mamet
Categories: History
Part of the Jewish Encounter series As might be expected from this fiercely provocative writer, David Mamet’s interest in anti-Semitism is not limited to the modern face of an ancient hatred but encompasses as well the ways in which many Jews have themselves internalized that hatred. Using the metaphor of 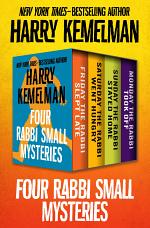 Authors: Harry Kemelman
Categories: Fiction
A collection of four novels from the New York Times–bestselling, Edgar Award–winning mystery series starring a rabbi in a tiny New England town. Spend a long weekend with the scholar and spiritual leader who watches over the Jewish community in 1960s Barnard’s Crossing, Massachusetts—and in his spare time, solves crimes.