The story of what happened to six major species of the Great Plains--pronhorn antelope, gray wolves, bison, coyotes, wild horses, and grizzly bears--in the 19th and 20th centuries, and the prospects for recovering North America's "Serengeti ... 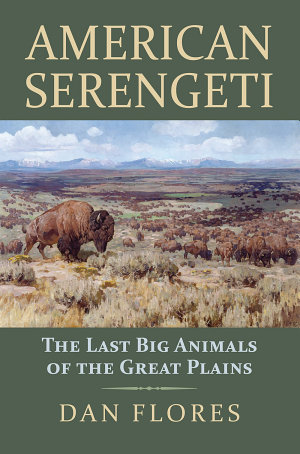 America’s Great Plains once possessed one of the grandest wildlife spectacles of the world, equaled only by such places as the Serengeti, the Masai Mara, or the veld of South Africa. Pronghorn antelope, gray wolves, bison, coyotes, wild horses, and grizzly bears: less than two hundred years ago these creatures existed in such abundance that John James Audubon was moved to write, “it is impossible to describe or even conceive the vast multitudes of these animals.” In a work that is at once a lyrical evocation of that lost splendor and a detailed natural history of these charismatic species of the historic Great Plains, veteran naturalist and outdoorsman Dan Flores draws a vivid portrait of each of these animals in their glory—and tells the harrowing story of what happened to them at the hands of market hunters and ranchers and ultimately a federal killing program in the nineteenth and twentieth centuries. The Great Plains with its wildlife intact dazzled Americans and Europeans alike, prompting numerous literary tributes. American Serengeti takes its place alongside these celebratory works, showing us the grazers and predators of the plains against the vast opalescent distances, the blue mountains shimmering on the horizon, the great rippling tracts of yellowed grasslands. Far from the empty “flyover country” of recent times, this landscape is alive with a complex ecology at least 20,000 years old—a continental patrimony whose wonders may not be entirely lost, as recent efforts hold out hope of partial restoration of these historic species. Written by an author who has done breakthrough work on the histories of several of these animals—including bison, wild horses, and coyotes—American Serengeti is as rigorous in its research as it is intimate in its sense of wonder—the most deeply informed, closely observed view we have of the Great Plains’ wild heritage. 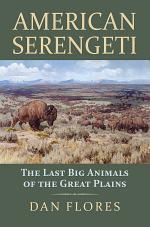 Authors: Dan Flores
Categories:
America’s Great Plains once possessed one of the grandest wildlife spectacles of the world, equaled only by such places as the Serengeti, the Masai Mara, or the veld of South Africa. Pronghorn antelope, gray wolves, bison, coyotes, wild horses, and grizzly bears: less than two hundred years ago these creatures

Authors: Alan Pilkington
Categories:
The future of America's last great wilderness becomes a battleground in this timely novel which pits Molly Marlowe, a dynamic and calculating energy expert against Joe Wardrop, a charismatic scientist and wildlife defender. Arguing their viewpoints before a Senate committee gives them national prominence. Behind the scenes in this public 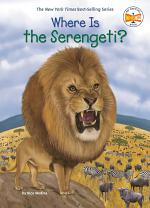 Where Is the Serengeti?

Authors: Nico Medina, Who HQ
Categories: Juvenile Nonfiction
If you've never known what a wildebeest is, you'll find out now in this latest Where? Is title about the Serengeti. Each year, over 1.5 million wildebeest make a harrowing journey (more than one thousand miles!) between Tanzania and Kenya. They are in search of new land to graze. Even 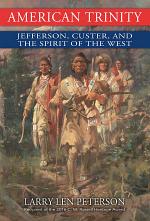 Authors: Larry Len Peterson
Categories: Social Science
American Trinity is for everyone who loves the American West and wants to learn more about the good, the bad, and the ugly. It is a sprawling story with a scholarly approach in method but accessible in manner. In this innovative examination, Dr. Larry Len Peterson explores the origins, development, 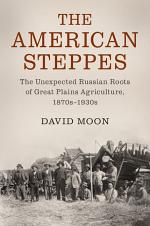