“No, Roderic! Put me down!” Turning her in his arms, he cradled her there. Holding her with a possessive determination, he nuzzled her cheek to his and spoke hoarsely. “I need you.” Cat suddenly felt 251 KNIGHT'S LEGACY. 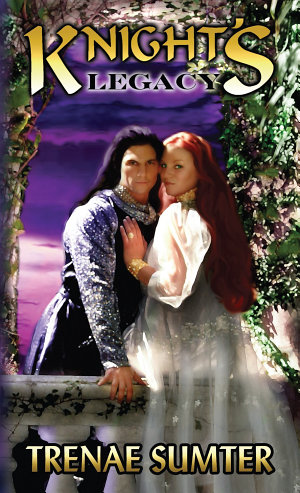 On location in Scotland for a film shoot, stuntwoman Cat Terril is waiting to film an action scene when she takes a stroll through the ancient castle that is their set. Then she meets an old man in black robes who gives her a set of keys and directs her to "follow your heart." Thinking it is a harmless prank designed by fellow stuntmen, Cat follows the old man?s direction to a locked door around which swirls a strange, lavender mist. Using the set of keys, she opens the door, steps into the mist and falls, literally, into a frigid lake in thirteenth century Scotland. There was no ?harmless prank? involved. Cat is in desperate peril, finding herself suddenly the hostage of vicious, brutal clan leader, Calum Mackay. To obtain clemency from the Scottish king, the renegade Mackay must give his daughter, Brianna, to Englishman Roderic de Montwain in marriage. Brianna, however, in love with another, has run away. And Cat bears a striking resemblance to Mackay?s absent daughter. It is unbelievable enough to find herself in medieval Scotland. It is beyond comprehension to find herself abruptly married to a stranger. A stranger, moreover, who unlocks a passion and sensuality within her Cat never suspected she harbored. And Roderic, who has vowed to never lose his heart, finds himself falling for the mysterious, flame-haired bride he has taken to his bed. A bride some say is mad and others claim is an imposter.